Abstract: TCP (Transmission Control Protocol) is a connection-based protocol that provides a reliable flow of data between two computers. It also provides a point-to-point channel for applications that require reliable communications. The Java programming language supports, through the java.net package, a suitable API for developing client/server applications that use this protocol for communication. 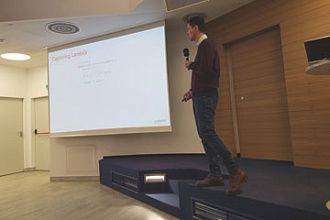 
1.The principles of the TCP protocol


The TCP protocol requires the establishment of a session between the client and the server. A session essentially is a mechanism to get some data, so we are setting up a specialized communication session.

TCP behaves so similarly to a conversation on the phone.


A three-way handshake (or TCP handshake) is a method used in a TCP/IP network to create a connection between a local host/client and server. It is a three-step method that requires both the client and server to exchange SYN and ACK (acknowledgment) packets before actual data communication begins.


This is how the TCP 3-way handshake works:


The four-way disconnect is the method used in a TCP/IP network to close the connection between a client and a server.


This is how the TCP 4-way disconnect works: