Malcolm Gladwell in his book “The tipping point. How small changes make big differences” introduced the idea of viewing cultural change as an epidemic. These two have a lot in common: they both start with a small group of people, eventually spreading within the whole population, and they mostly have similar dynamics. This theory leads us to the idea that sometimes it’s not the scale of your efforts that defines the success or a failure of the change, rather it is the character of the change itself that really matters.

One of the famous examples of small changes with big impact is the story with a fly in a toilet. Sometimes we men are… not very precise when doing visiting the toilet. To address this problem one company that produces sanitary equipment proposed to add an image of a fly in the toilet. The idea is that a man will aim at that fly, and it will increase precision. The company claims that this trick reduces the amount of missing “goals” by 80%. (This leaves us with a question on what guys are aiming at when there is no fly). I see this as a beautiful example of an elegant, simple, an yet very effective solution.

The idea behind that is quite simple: we lead a person’s attention, and the attention frames actions to the desired behavior. And such a behavior change looks like something effortless to a person. You are just doing it right. There is even a scientific theory on this — Nudge theory. It “is a concept in behavioral science, political theory and economics which proposes positive reinforcement and indirect suggestions to try to achieve non-forced compliance to influence the motives, incentives and decision making of groups and individuals. The claim is that nudges are at least as effective, if not more effective, than direct instruction, legislation, or enforcement.” (Wikipedia)

As an agile coach I aim to help companies become more agile, which implies changing their culture. And the first thing that I am looking at when meeting a new client is their meetings. Because meetings are a good reflection of what a company culture looks like. Among other things, an agile mindset implies that we maximize value and avoid doing things that create waste, and everybody knows how wasteful a meeting can be. We’ve been there: a presenter mumbling something while showing (boring) slides, others are checking e-mail, typing something, or just surfing the Internet (O, such a cute puppy!). Everyone disengaged, no one listens to each other, and most of the times no decisions are made. How we can change this? 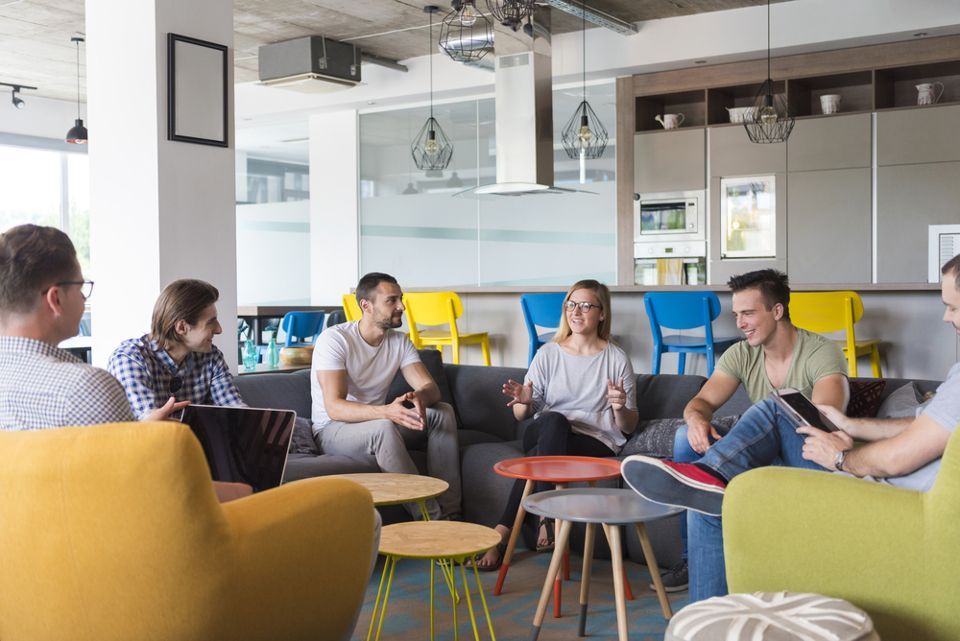 My answer is pretty straightforward: agenda and ground rules.

An agenda seems like an obvious idea, but most organizations with dysfunctional meetings do not use them. Best case, you will receive an invitation with the time, room and some vague topic (like “Processing session”). This could have some meaning to a person, who sent an invitation, but others mostly do not know what it’s all about. So they can’t prepare for the meeting. And the best thing regarding such invitations is that you can’t say if a meeting reached its goals — there is just no goal (at least no clearly stated goal). This leads to all sorts of dysfunctions, like no decisions made during a meeting, or discussion of a broad set of questions “just to discuss” and so further.

A good agenda includes not just date, time and place, but also three key ingredients: meeting goals, expected results and some meeting structure outline. Just including these three components to an invitation changes meeting dynamics. Goal and expected results limit the scope of the meeting, thus reducing the tendency for forking discussion and spending time on non-related issues. It also provides a clear baseline for measuring meeting results: we either get what we aimed for, or not. Having a meeting outline lets participants see where they are now, and what should be done within the scheduled time, thus making it easier to keep the time box of a meeting.

Ground rules (AKA team norms) are a set of rules that a group agreed to follow. Usually it is short, simple, and includes obvious items, like “Only one person speaks”, “No gadgets” or “Start on time, end on time”. Those seem obvious, but until you write them down and place them so that all meeting attendees can see them, people don’t follow these rules. If you never used this tool before you will be impressed how it can improve behaviors during a meeting! One of the reasons of such an improvement is that you can actually refer to those rules in case someone breaks them. But the main effect comes from the exposure to those rules. As soon as the rules are here, your mind includes them into your frame of reference, and as soon as you get an intent to do something that is against the rules, your mind reminds you that it’s not what you are supposed to do. Sounds kind of weird, but it is actually how it works.

So when you will plan your next meeting, consider doing two things (if not doing them already). First, prepare the agenda and send it to participants upfront (I prefer at least 24 hours, so that people can prepare). Second, at the beginning of a meeting spend a couple of minutes to create some ground rules and write them so that the whole team can see them. Maybe meetings won’t become great, but you will be very impressed with how much your meetings will improve.