Reactive Programming in Java: How, Why, and Is It Worth Doing?. Implementations

Reactive Programming in Java: How, Why, and Is It Worth Doing?. Implementations


These implementations are much alike; they all implement Java 9 reactive streams specification. 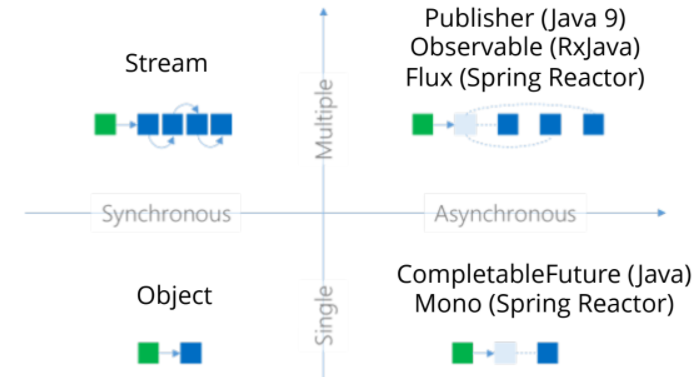 Let’s summarize what a function can return:

An ordinary function returns one value and does that in sync.

If we use Java 8, we can return a data stream from a function. When many values have been returned, they can be sent to processing. But we cannot send data to processing before they have been received — Streams work only in sync.

Here we are already using an asynchronous approach, but the function returns only one value:


And here, we have reactive streams. They are asynchronous, i.e., they return values not at once but after some time. It is in that option that you can get a stream of values, which will be extended in time. So we combine the benefits of Streams, enabling us to return a chain of values and asynchronicity that allows us to postpone the return of values.


The original article can be found here.

Interested in learning how to program with Java or in upgrading your Java programming skills? Check out our trainings