Trust in the Team. Maintaining trust

Trust in the Team. Maintaining trust

1. Direct communication. Nothing increases trust in the manager like unconstrained communication between the manager and team members. Encourage employees to ask questions. If someone decided to ask a question, that means it is important for them and the proposed solution might influence his/her productivity and eventually their loyalty to you and the company. Try to resolve the question asked by the team member. If you work in a separate room, make it a rule at least once a day to come into the room where the team works and just say hello and ask how things are going on (not about the work status, as you should know it already from status meetings, scrums, task accounting system).

2. Exchange important information. When you move to a managerial position, you personify the company for your team. You are a kind of interface between top management and the team, translating information to team members or cutting of some confidential or unnecessary information. Everything you say will be perceived as the company’s voice, especially when you reach the team lead level. And here it is important that you handle information in the right way. Moreover, I want to caution you against criticizing the company or senior managers. In a situation where you have an “external” enemy, it could speed up the team building. You are however inside the company and if you criticize it your team members start telling themselves that “our manager himself is against the company’s approach to this or that.” And it will, sooner or later, leak out to your managers. The conclusion, I think, is obvious.

3. Employees are generally demotivated by 4 things: Incomprehensible company policy, working conditions, obscurity of processes, and penny-pinching (skimming on everything, phony prerogatives). Having a lower managerial position, you can’t actually influence the former and the latter. You can reject some phony prerogative or at least avoid showing off. But working conditions and obscure processes are completely in your power. These two points can greatly affect the trust you have as a manager. If you fight for better working conditions, trying to make the workplace of every team member more comfortable, it will be a big plus for you... The same is true about the obscurity of processes. Who else but you can influence the processes within the team. You’re the boss. 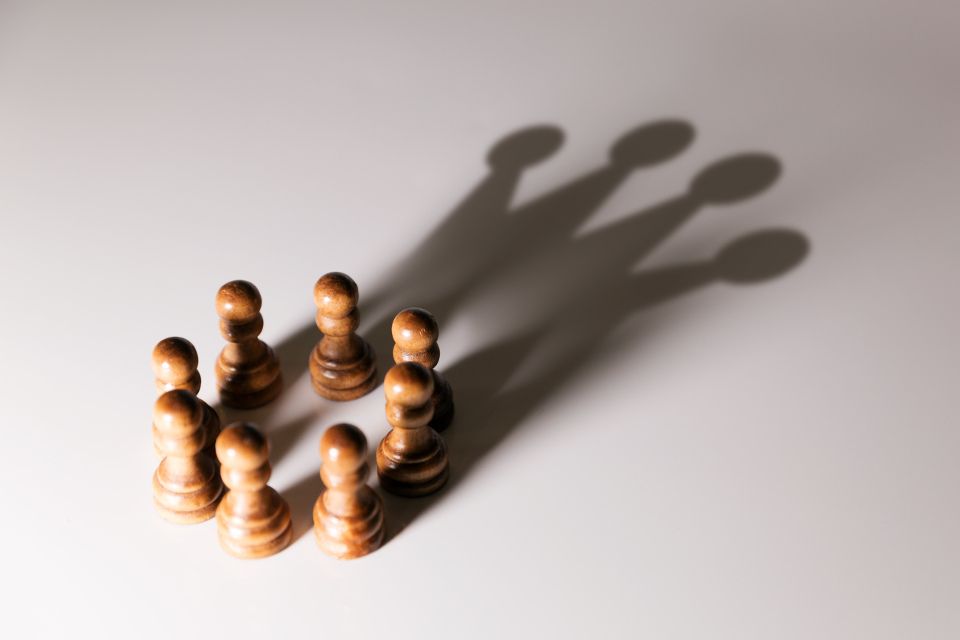 4. Fulfilling commitments. How you fulfill your commitments will demonstrate to the team how they should do it. Remember, if you made a commitment, you must fulfill it. And if you see that you can’t do it, inform the team in advance or offer something in exchange. If the manager forgets or fails to do something, team members will follow the same behavior model.

5. “Yes” = Yes, “No” = No. Encourage employees to express their ideas in a clear and distinct way. Begin with yourself. First, a clear expression of your ideas and intentions makes you look more confident. Second, you instill confidence in your team about the adopted decision. Of course after having said “Yes” you need to work on implementing the decision: the next step is to fulfill the commitments. The same is true about employees. Don't try to make an employee say “Yes, I’ll meet the deadline,” if you see he/she is in doubt. By the way, this is a mistake that authoritative managers often make – they take their own decision and then impose deadlines on the team and blame them in case of failure. This method is rather a way of decreasing the level of trust, not increasing it. You’d better ask employees about their doubts, why they think such deadlines unrealistic. And then help them dispel those doubts: If they lack competencies, get required training; if they lack information, try to find it. This will increase their trust in you.

6. Competence map. As you may remember, we mentioned that at the Norming stage team members start understanding what questions should be addressed to whom. Usually, it’s not a formal document, but something like a feeling, “I can address this question to this colleague, not to that one because he doesn’t know it.” Here I would recommend that you as a manager make a formalized spreadsheet with competencies within the project so that all team members can refer to it. As a rule, such spreadsheets are created in bigger projects so that team leads can assign people to certain system areas that require definite competencies and skills. A positive side effect of this spreadsheet is that people can see who and in which area could be trusted. Even if you are managing a small project, create such spreadsheets, and extend them to include not only the areas of competencies needed for the system but also technology and communication competencies, etc.

Following these recommendations, you can avoid a lot of mistakes which are made by managers. However, our discussion would be incomplete, if we didn’t look at the reverse side of “trust.” It called “blind faith” - of employees in their manager which is based on his/her authority. If the manager has a strong influence on the team (being experienced in decision making or just having a charisma), team members execute his/her instructions without doubts even if they defy common sense and may bring harm. This effect was demonstrated by the psychiatrist Charles Hofling who carried out field studies of obedience in 1966. During the field experiment he phoned night nurses at hospital, introduced himself as attending medical doctor, and asked them to administer a double dose of a strong drug to a patient. In 95% of instances, the nurses carried out the order, without even doubting the “doctor’s” prescription.

What should you do to avoid a situation like that? What can help us here is the set of rules that we should have established at the stage of team building. And these rules must be equally valid for all team members including the manager.

I have tried to discuss the aspect of trust in teams from different perspectives. And I want to emphasize again that in today’s world of social media, online shopping and remote work, this phenomenon come to the fore. Living in the modern world is much easier for people who build and maintain trust with those around them.